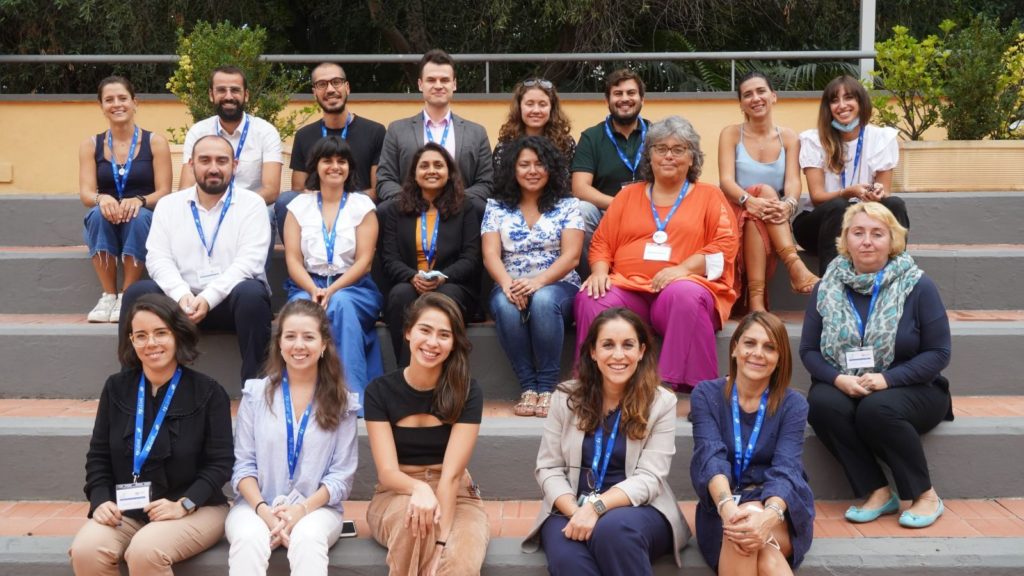 The second edition of ISPM has just ended: the Summer School for Project Mangers promoted by CoEHAR and ECLAT has been a success, thanks to the exceptional partnership with PMI-SIC.

Enthusiasm, knowledge and shared experiences: these are the most popular emotions of ISPM 2021. The past week was full of valuable moments, from classroom lectures to evening events: the 30 students of ISPM had the opportunity to share emotions and activities in one of the most prestigious locations in Sicily.

A long-awaited edition, postponed due to the spread of the pandemic and hampered by the virus protection rules in force in all countries of the world. But ISPM has won the challenge.

The tremendous organizational effort, the standardized security measures and the students’ determination to reach Catania prevailed.

Seven days spent between lessons and face-to-face activities, with moments of socialization and shared time surrounded by the beauties and flavors of Catania and Taormina.

Among the 30 winners of the call to participate to ISPM 2021, only 10 students were unable to physically reach the Catania airport. However, even for them, ISPM was the school of the “problem solving”.

These students joined the lessons remotely thanks to the support of ISPM technical staff ,that allowed them to follow the various activities and interact with the colleagues simultaneously.

To pint out the high level of skills fielded this year, the partnership with the PMI Southern Italy Chapter, validated by the presence of the president Paola Mosca and the speakers Edoardo Grimaldi, Paolo Fidelbo and Lorenzo Vetrano.

An edition that hosted also valid speakers such as Rosario Faraci, from the University of Catania; Huseyin Kebapci, intellectual property expert, and Renèe O’Leary, CoEHAR researcher.

Carrying out a public health project was the task of the five working groups.

On Saturday 24 September, the ISPM Committee (chaired by the president of PMI-SIC, Paola Mosca and formed by the coordinator of ISPM, Daniela Saitta; the director of CoEHAR, Giovanni Li Volti; the Chairman of the Board of Directors of ECLAT, Antonio Pacino; and the speaker Huseyin Kebapci) listened to the presentations of the participants, impressed by the precision and the deepening of the topics.

But, as often happens, the winner can only be one: the “Cups and Sticks” group won the prize with the best project in terms of innovation, excellence and feasibility.

The closing ceremony, held in front of the teachers, the students and the member of CoEHAR and ECLAT, marked the fulfilment of a challenging but stimulating path: “All the groups demonstrated how important it is to get involved and share experiences with people having different degrees of training. It has been a particularly busy week, but no one has pulled back and all the students have completed their project, experimenting new and different contents. ISPM is now a consolidated reality in the sector, synonymous with competence and internationalization ”- concluded Daniela Saitta.