ISPM 2019: The Project Manager School turns out into an opportunity for two students 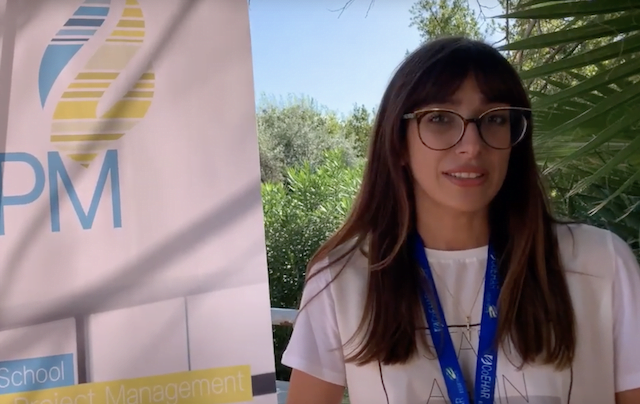 Catania, 16 December 2019 – The ISPM International Summer School on Project Management of the CoEHAR has turned out into a real opportunity for two young professionals: Marta Mangione and Hesham Nasr, both selected to coordinate two research projects promoted by the CoEHAR.

This past summer, young students and project managers coming from all over the world attended the first edition of the ISPM that took place in Taormina to create a network of young professionals from this scientific field, with a focus on tobacco harm reduction.

During the week in Sicily, the partecipants attended lectures by professors and experts from the most important academic and professional institutions. A unique opportunity for some of them, committed for the first time to address issues related to the harm reduction sector, that is undergoing a continuous growth and evolution.

By the end of the course, the students were invited to present to the scientific committee, three innovative research projects that have been later subjected to the evaluation of institution and organizations interested in supporting financially “worthwhile ideas” from young talents.

Marta Mangione (chosen for her skills in using project management IT tools) with the role of junior project manager for the project “Catania Conversation: a multi-pronged initiative to fill the gaps in communication around tobacco harm reduction”. The project (coordinated by Chitra Subramaniam and Valeria Nicolosi) wants to create an international network of journalists and communicators to bridge the gap between research centers and people, who are often unaware of the benefits of choosing  low risk tools.

Hesham Nasr (who has shown great coordination and networking skills in his group at the ISPM) with the role of junior project manager in the project “Guidelines and Framework for the Quality of Tobacco Research”. Given the rapid development of low risk tools, according to the coordinators of the study (wanted by Cother Hajat), it is necessary to provide valid research methodologies regarding the health effects of electronic cigarette and its components.

If you have encountered problems using the platform, please report it here

No one is online right now